“Orion has helped us save a great deal of time and money. We’re thrilled we made the switch.”

For this busy dental office, a staff of more than 20 people faces the challenge of needing to maintain constant communication and stay organized while accommodating patients throughout the day.

The front desk team and the dental staff need to stay in touch to share information about when patients arrive or when dentists are ready to see a patient. Dentists also need to speak to each other during the day.

To communicate with one another, they had been using off-the-shelf walkie-talkies but experienced frequent problems. They found that the consumer grade radios were not up to the task of constant use every day, and needed to be frequently repaired or replaced, taking time and focus away from patient care.

The radios also often picked up other RF frequencies and messages from neighboring businesses and workers, which caused confusion and frustration for Arrowhead staff. It also presented concerns about confidential patient information potentially being exposed.

Ready for something better, the front office team leader at Arrowhead Dental, Danielle Mendez, set out to find a better communication tool for the practice. She discovered Orion Onyx, a sleek and sophisticated smart walkie-talkie designed to keep teams connected quickly and easily.

Arrowhead equipped all staff with Onyx devices, which they rely on to speak with one another all day long, according to Mendez. The dental team transmits messages on Orion every few minutes with the push of a button, so they remain heads up and increase their productivity.

Receptionists are now always up to date on each appointment’s status and have been able to reduce wait times for patients.

Since making the switch from outdated walkie-talkies to Orion’s cutting- edge voice-powered technology, Arrowhead Dental has seen productivity boosts across the office. Plus, they save time by not having to get up and search for a specific staff member or dealing with faulty tools.

They’ve also seen financial savings by using Orion, since they don’t need to replace the consumer-grade radios multiple times per year, as they had been doing previously. Onyx’s reasonable price has also helped bring down overall technology costs, according to Mendez.

From a user’s perspective, the team has found Onyx to be incredibly intuitive and user-friendly. To reach a team member, all they need to do is push the button on their Onyx and begin speaking. The devices are also discreet and look professional when the staff interacts with patients.

“Any medical office could use Orion with great results,” said Mendez. “Onyx makes it easy to communicate with anyone on our team, no matter where they are.”

Another critical aspect of Onyx is the ability to support patient confidentiality. Because they use their devices to transmit health information, they need to ensure they can communicate securely. By using earpieces with their Onyx and with Orion’s encrypted platform, they’re able to do so.

“Orion has helped us save a great deal of time and money,” said Mendez. “It’s become such an important tool for us to communicate with each other, and we’re thrilled we made the switch.” 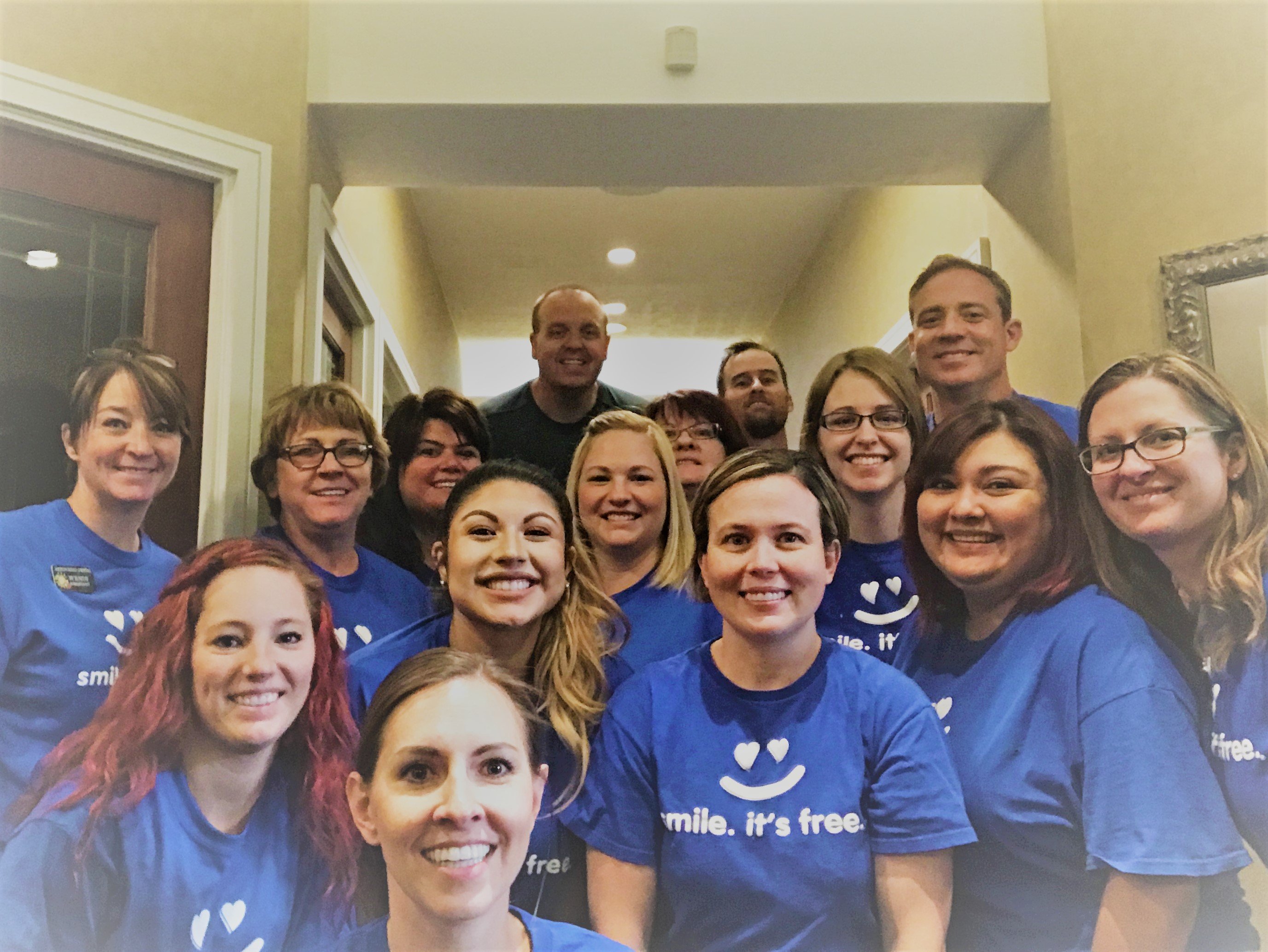 About Arrowhead Dental
Arrowhead Dental is a dental practice in Evanston, Wyoming, with a focus on implementing the most up-to-date technology to offer their patients an enjoyable and comfortable dental atmosphere. Their skilled dentists provide comprehensive dental care for families across the state and online through virtual visits.
Need more information?